We are proud to announce the judges for the 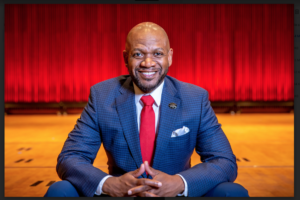 Dr. Jeffrey Allen Murdock is internationally known as a conductor, clinician, and music educator. He currently serves as Director of Choral Activities, Vocal Area Coordinator, Associate Professor of Music, and Director of the Black Music Institute at the University of Arkansas. He is a 2016 Connor Endowed Faculty Fellow in the J. William Fulbright College of Arts and Sciences, a 2018 recipient of vvv Golden Tusk Award, the 2019 Most Outstanding Faculty Member among all university faculty, and the 2021 GRAMMY Music Educator of the Year.

Dr. Murdock appears regularly in concert, recital, and stage performances, having previously conducted the Arkansas Philharmonic Orchestra, the Memphis Symphony Orchestra, the (Mississippi) Gulf Coast Symphony and has also performed as a soloist with the Fort Smith Symphony, the Memphis Symphony, the Mississippi Symphony Orchestra, and the Southern Mississippi Opera. Dr. Murdock’s love of scholarship and performance has led him to study and perform around the world. As a music educator, he loves to invest his knowledge and experience in the next generation of young musicians through clinic opportunities with secondary choral programs, conducting honor choruses, and mentoring choral music educators.  Dr. Murdock is highly sought after as a clinician in the field of choral music and education, having conducted All-State and All-Region choirs, or headlined conferences in 27 states and 7 countries. In 2013, he made his Carnegie Hall debut conducting the Millington Chorale in a well-received concert of diverse repertoire. The evening concert featuring the ensemble was praised for its preparation and the ensemble’s maturity of sound.

While Dr. Murdock is an accomplished classical musician, he is also a skilled Gospel musician. He has served on the conducting staff of the National Baptist Convention, USA, Inc. and has collaborated with Gospel recording artists, including Donnie McClurkin, Richard Smallwood, Mary Mary, Marvin Winans, Marvin Sapp, Lisa Knowles, Kathy Taylor, and numerous others.

Dr. Murdock’s research interests include cultural hegemony in choral music education, social justice in music education, culturally responsive pedagogy in music education, and music in urban schools. He has been invited to present at the National Research Conference for the National Association for Music Education (NAfME) as well as two World Conferences of the International Society for Music Education (ISME) – (Glasgow, U.K., and Helsinki, Finland). Dr. Murdock is also a frequent research presenter at local and regional conferences of the American Choral Directors’ Association (ACDA) where he is president-elect of the Southwestern Division (SWACDA), past president of the Arkansas Chapter, and serves on the national subcommittee for diversity.  Dr. Murdock holds both Bachelor of Music Education and Master of Music in Conducting degrees from the University of Southern Mississippi and the Doctor of Philosophy degree in Music Education from the University of Memphis. In addition to NAfME and ACDA, his professional memberships include the ASCAP and the National Collegiate Choral Organization (NCCO). He is also a member of Phi Mu Alpha Sinfonia Fraternity of America, and Kappa Alpha Psi Fraternity, Incorporated. 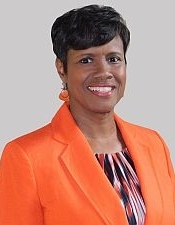 Dr. Rosephanye Powell serves as a Professor of Voice at Auburn University.  Dr. Powell teaches applied voice, art song literature, and vocal pedagogy courses.  She conducts the Women’s Chorus and co-conducts the AU Gospel Choir.  Dr. Powell holds degrees from The Florida State University, Westminster Choir College, and Alabama State University. She served on the faculties of Philander Smith College (AR) and Georgia Southern University prior to Auburn University.  Her primary performance and research areas are the African-American spiritual, the art songs of William Grant Still, and voice-care concerns for choral singers and directors.  Dr. Powell has performed recitals and served as a clinician at venues nationally and internationally.

Dr. Powell has been hailed as one of America’s premier women composers of choral music. She has an impressive catalogue of works published by leading national and international publishers, including the Hal Leonard Corporation, the Fred Bock Music Company/Gentry Publications, Oxford University Press, Alliance Music Publications, and Shawnee. Dr. Powell is commissioned yearly to compose for professional, university, community, church and secondary school choruses.  Her work has been auctioned by Chorus America and her compositions are in great demand at choral festivals around the country, frequently appearing on the regional and national conventions of the American Choral Directors Association, as well as All-State and Honor Choir festivals.  Praised for their rhythmic energy, colorful harmonies, and well-crafted vocal lines, Dr. Powell’s compositions include sacred and secular works for mixed, women’s, men’s, and children’s voices.  She serves yearly as a conductor for All-State and Honor Choirs around the country.  Additionally, she is a clinician and adjudicator for choral festivals, including Festival Disney.

For more biographical information on Dr. Powell, including a catalogue of her works and song demos, visit www.rosephanyepowell.com. 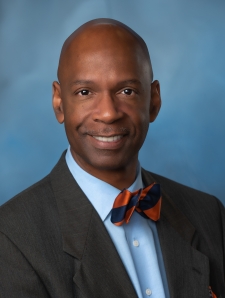 Powell has guest conducted and has taken the AU Choirs on tour through various parts of the United States and abroad, including Ireland, Australia, Italy, and Eastern Europe. He serves as a frequent adjudicator for choral festivals such as Festival Disney. Powell has given lecture-presentations for conferences affiliated with the National Association for Music Education (NAfME), American Choral Directors Association (ACDA), Intercollegiate Men’s Choruses, College Music Society, Hawaii International Conference on Arts and Humanities, and the National Society of Music in Technology.

Since 2018, Powell contributes choral music reviews for Ala Breve, the official publication of the Alabama Music Educators Association. His own choral arrangements are published by Hal Leonard Corporation, Gentry Publications, and Oxford University Press through which he and his wife, Rosephanye Powell co-edited a collection entitled Spirituals for Upper Voices. Additionally, he is editor for “The William Powell Choral Series” published by Gentry Publications.

Powell serves on the National Board of the National Collegiate Choral Organization (NCCO) as a southern region representative. He is also an active member of the American Choral Directors Association, having held past positions as the Repertoire and Standards Chair of the Committee on Ethnic and Multicultural Perspectives for the both the southwestern and southern divisions. He also holds memberships with the National Association for Music Education, and the American Society of Composers and Publishers. He and his wife, Rosephanye, have two daughters: Camille and Kaitlyn.